Welcome to the new Mine-imator Forums! 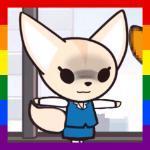 By Voxy,
May 1 in Forum announcements